Quote of the Week – “You will never find anyone who can give you a clear and compelling reason why we observe Daylight Saving Time.” Dave Barry

Sunday Musings
March already! It’s time for spring, though I was ready for spring in January. I am tired of being cold, I’m ready for spring, I need to open doors and windows and bust some cobwebs. I’m grateful we have had another mild winter, even if a mild winter means more insects in the next couple of seasons. It’s time also for my twice a year rant about something totally unnecessary: Daylight Saving Time (DST). Next Sunday, March 10, 2019 is spring DST this year. 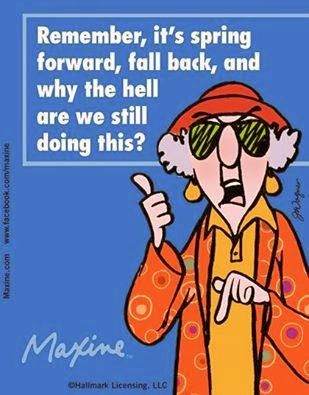 I love losing an hour out of my weekend. I love having to re-set my internal clock twice a year. I love having to re-set all the clocks throughout my house twice a year. I love knowing everybody else is discombobulated from the time change. I love risking being in public the week after the time change knowing everybody is addlepated while out on the roads or serving me over a retail counter or at a medical facility, way more than usual.

NOT. Said nobody ever. Many people like more evening daylight hours over the course of the summer, and that’s all good and fine, nothing wrong with that, but those two days of time change in the spring and fall, and the two weeks that follow after, are just devilishness.

Tons of research is now available on how bad DST is for us. DST has been in place long enough for us to have actual science on how bad it is for us and we know this clock game is a failed experiment. It took legislation to make it consistent and uniform throughout the states back in 1963, with only Arizona and Hawai’i declining to participate. It will take legislation to get rid of it. Seems suspiciously like an experiment in worker control. I suspect people who live in Arizona and Hawai’i are a bit healthier than the rest of us because they are not messing with their bio-electrical clocks twice a year.

Oregon has had two bills on deck at the state level for many years to stop DST. One of them has come to the floor again, the one that would keep our clock game set forever on Pacific DST rather than returning to Standard Time in the fall. It would leave us with more evening daylight hours through nearly half the year, and without the dreaded twice-yearly time change. It’s progress.

However, for this to work, I think Washington and California would also have to change. In the Portland metro area many people travel across the Columbia River to Vancouver and vice versa to work. Intel is so interconnected their employees are often flying on a weekly and even daily basis from PDX or the Hillsboro airport to Seattle or points in California (don’t get me started on what I think of that business practice in this world of modern communications techniques; I’m sure they have their reasons and I’m willing to learn and understand their reasoning, but sometimes businesses need a re-think especially when it has such an extreme carbon footprint).

I don’t know how this would affect Idaho and Nevada, but Arizona is already there. One out of three is a good start. Travel between these states might be less confusing if we were all on the same time frame. Then again it might inspire a wave of change across the United States of America.

I like to imagine the new stability our bodies and brains might feel, secure in knowing we never have to worry about playing clock games again. How much more productive might we be? How much more efficient? We would gain two weeks of productivity. Because of bio-electrical security in not having to re-set our body clocks to match the clock game we might have a yearly increase in productivity.

I haven’t found any studies on the anxiety one might experience awaiting the clock game. Could the week before be just as damaging as the week after the time change? Is it harder for people with mental health challenges, those who suffer anxiety, panic attacks, or depression, for example, to re-set their bio-electric body clocks? I doubt this question has been posited yet, though I’d appreciate if anybody could point me to relevant studies. If there might be such a thing as pre-DST anxiety, that means a possible full month of reduced productivity out of the year. For those of us who are already anxious, and now are dreading the time change next week because of reading this blog post, sorry, but not sorry. Awareness can sometime provoke change.

So picture this. We stop DST. People are so much more productive with that extra month of bio-electrical body security, companies can afford to give a month’s paid vacation. Hwell, I do have a fanciful imagination. But what if it worked? I say we all benefit in some way from no more time change even if this is a best case scenario.

In the meantime, here are my suggestions for making the transition easier next weekend. If you share your home with other people these suggestions are easier if you communicate about them. Unplanned time surprises can be disconcerting.

Read a more detailed version of these simple hints to ease your time change for a better Monday after, and change the details from autumn to spring. On Monday spend five minutes and call your state legislator to let them know your opinion about ending DST. If we succeed changing this one thing that could have such a huge impact, perhaps it might give us the confidence to stand for what is right for American workers and make other important national policy and procedure changes. 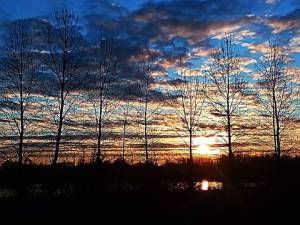 Evidence in the white snow of a canine trespasser next to the Mister Kitty’s path. 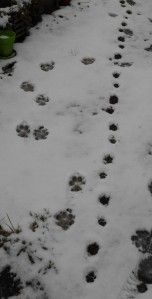 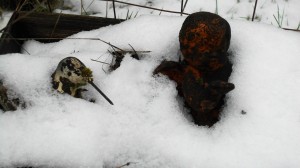 Puff of snow on green and red sedums. 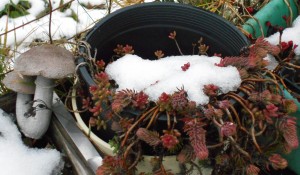 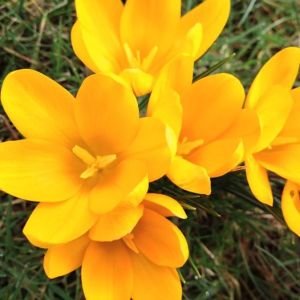 Current View – {These are only my opinions about movies and books, but don’t let me stop you from trying these reviewed items yourself; your opinion may differ.} Like Stars on Earth: Every Child is Special (2007, rated PG), a Disney production (lots of music and songs) about an undiagnosed dyslexic child, and the teacher who discovers his challenge. This foreign language Indian film (Hindi, with English subtitles if you don’t understand Hindi) came highly recommended from a friend, and was delightful in the way the information was presented, which included how dyslexic people are often bullied and dismissed as stupid. * The Sandlot (2007, rated PG) about boys, baseball, and friendship. Fun kids movie, I’m a bit surprised at myself for not having this on my radar when the son was little. * The Last Laugh (2019, rated TV – MA) with Chevy Chase and Richard Dreyfuss. A dying comedian and his agent decide they have another show tour in them, ditch the senior living facility, and set out to amuse the states on their way to New York City. Humor about aging and death makes so much more sense to me these days.

Currently Reading – DIY Rules for a WTF World: How to Speak Up, Get Creative, and Change the World (2018, sociology, self-realization for women) by Krista Suh. Miss Suh is responsible for starting the Pussy Hat Project after the electoral college election of trump. She shares some of her insights on creativity. * Getting ready for the farmers market season so I am reading Eating on the Wild Side: The Missing Link to Optimum Health (2013, nutrition) by Jo Robinson. The author explains how the last 400 generations of farmers have bred nutrients out of food to suit our palates, and why it is important to seek some of these nutrients. She provides lists of modern foods with the most nutrients, how to store them for maximum retention of nutrients, and how to prepare them for the same. Always looking for adventures in eating now that eating is problematic. One tip right off the bat: wait ten minutes after chopping garlic before cooking for maximum nutrient retention. Now I know. Another I knew: the darker the greens the better, and the nutrients in greens are better absorbed when combined with a fat, so always add dressing, and fatty veggies like avocado, or a few olives, nuts, or a sprinkle of cheese, to salads.

3 Responses to Gratitude Sunday: Time For A Time Change