Gratitude Sunday: Still Grieving After All These Years

And why do we have to know? Why does my nosy curious inquiring mind have to make so much sense? To have reality be real?

A friend’s five-year-old granddaughter died on the 4th of July, an independence day of sorts for this child burdened by anomalies of the physical body. The girl had leukemia and a disease where the bones of the skull did not grow at the same rate as the brain. When she was a toddler surgeons expanded her skull so her brain could grow. The child endured chemotherapy for the leukemia. Recently the previous surgery had calcified and had to be re-done to accommodate new brain growth. The latest surgery went as well as could be expected. All this is explained by science.

After the surgery the child’s sutures became infected and she returned to hospital. There is sometimes no explaining an infection; they happen from viruses, bacteria, and likely a whole vast array of germs and buggers we have no idea about yet. Nonetheless the infection was real and infections can be life threatening; they move fast in the body of a little child. The infection seemed under control, so the girl was sent home with all of science’s medicines and the attentive love of a single mother, backed-up by her grandmother, my friend.

The child woke early in the dark of the morning of the 4th and woke her mother saying she didn’t feel good and there was a girl there who was telling her the child needed to leave right now. The child and her mother were the only people who lived in their abode; there was no other girl in the house. The child proceeded to have a seizure and was immediately taken to ER. The infection had fully involved her brain and blood. And despite all the science and all the explanations the child died late afternoon of the 4th, fast and unexpectedly, surprising even the doctors. Her independence day, freed from the burdens of her tiny girl body.

So much we can explain: how the infection took over, why it overwhelmed the body, why her body seized in response, why her body finally succumbed to the infection, her original illness, her leukemia, her treatments, the speed of the devastation of her little body to this infection.

But if her body had been responding to the medicines why, just now, did they fail?

And who was the girl she saw who was telling her she had to leave right now? What else had this child seen that she didn’t know how to say? I can’t answer those questions.

Her memorial will be on the 10th, forever a hard day for me. When I was 19 I was looking forward to marrying a young man. We’d lived together for six months and I was ready to grow old with this troubled man whom I loved dearly. I didn’t know of all his troubles; I knew I loved him and, as youth will, believed in the power of love to heal much of what is wrong in the world. He died of a brain infection. He was ill on July 4th and I dragged him down to the river not far from our apartment to watch fireworks. I thought maybe he was catching a cold. He laid there on the blanket getting sicker and shivering until I bundled him back into the car before the fireworks were over, drove home, and helped him into the house.

He fevered all night and when he woke in the morning he barely made sense and wouldn’t eat. This was way beyond what I could handle, like a cold. I called my doctor insisting he be seen. They gave us an appointment and we waited for hours in the waiting room as his condition continued to deteriorate in front of my eyes. By the time his doctor saw him he was incoherent and talked randomly about things that happened in his childhood. The doctor called the hospital and made arrangements for my young man to be admitted. I drove him straight to the hospital. He never came home. I brought home only the clothes he’d been wearing the day I took him to hospital and his wallet, which other than his ID carried just a picture of me.

He had an abscess in his brain, a bacterial infection that is fatal in the brain. He never had a chance, even if he’d seen a doctor three or four days or a week before any symptoms presented. One doctor had explained to me if they could have caught it early they might have been able to remove the lesion, but they had no precise way of telling where the lesion was. Few people had heard of MRIs, a new technology still awaiting patents in 1972; brain surgery would have been a blind fishing expedition. Survival or unmapped brain surgery would have left him compromised either way. I don’t know what might have happened had the doctors tried something other than pumping him full of medicines. I only know the infection was swift and final. He was in a coma by the time I returned to the hospital the next day and to my knowledge he never spoke again, though I did not get to spend every dying minute with him, and he was gone within the week. The reality was he no longer lived and the future I’d looked forward to changed radically, as the world of this child’s family did on her independence day.

We know some of the basic mechanics of infection. We know about viruses and bacteria. We know how the body tries to fight infection with white blood cells and macrophages and clotting agents. We know about homeostasis, the body’s natural inclination toward maintaining optimal health. We know some infections can overwhelm the physical system and be fatal. We know when a body is no longer breathing and heart beating and moving and the person we knew is not in the body.

We don’t always know why one infection resolves and the next one doesn’t. Why it resolves in one person and not the other. Why this infection takes months to heal and that one takes days or hours to kill. We don’t know why 5 year olds and 24 year olds succumb to the attacks of fatal infections.

We know we have been privileged to share time with the people who have gone. To spend five years watching and helping a tiny girl, beset with physical challenges, delight in the world around her – on July 3rd she asked to have her fingernails painted red and her toenails painted blue – is the greatest time spent. She will live forever in our memories. To spend one year with a young man who was damaged physically and emotionally and be the lifeline and anchor in his life was a privilege beyond compare and being given the challenge of helping him leave this troubled life was a sacred burden. He will live forever in our memories. Their stories must be shared and their memories will live as they did. We know we are richer because of time spent with them, because of their challenges on this earth.

We don’t know who calls them home to a place other than here. We don’t know why the stories of so many children and elders tell us about somebody greeting them, or coming for them in their last hours on this earth. We don’t know if this impression of a person coming to us is a manifestation of the dying brain or something different. I admit I want it to be something different. Somebody to lead the way for them and for me to whatever is next. Somebody to give me comfort and safety and welcome me home. Somebody who knows and can explain.

Color Watch – blooming attractions in my neighborhoods this week – I love weed flowers. They are such a perfect demonstration of abundance. Here are some pretty fuzzies; 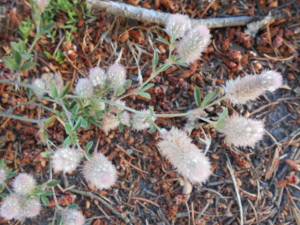 and a tiny yellow easily overlooked by the casual walker.

All manner of color for roses: yellow with pink tips, 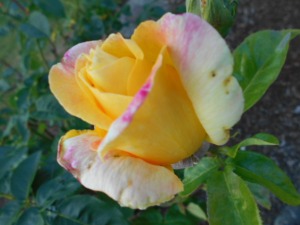 a variety of pink roses, vibrant and brilliant; 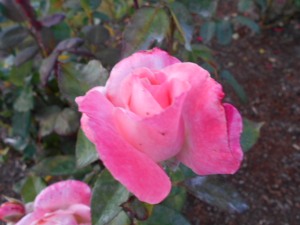 a whole meandering river of roses,

and one with a sluggish critter. 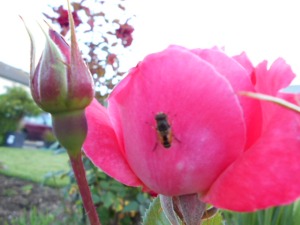 The shades of pink in this spirea; 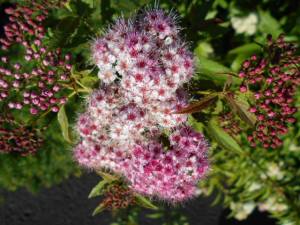 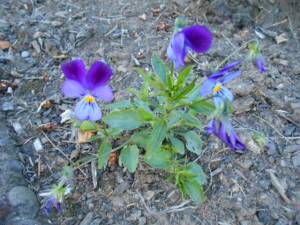 a bed of bright marigolds;

unidentified red blossoms that make me think of hummingbirds; 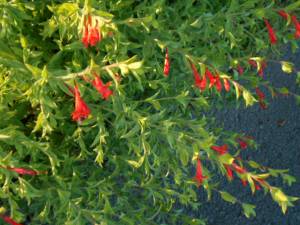 This poppy seed head kept tapping against my leg as I photographed its neighbors as if saying “me too!”;

an abundant river of flora with firecracker grass;

abundance can be anywhere: in a small open spot of yard,

or in the cosmos under the window of an apartment;

and lilies in a rainbow of colors: russet/burgundy lilies, 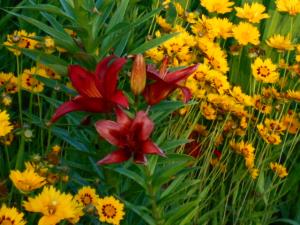 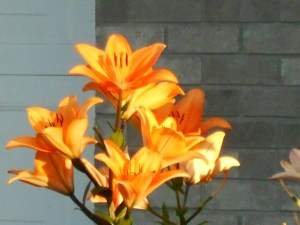 a pink and gold I’m pretty sure is lily family,

and a forever yellow daylily.

Currently Reading – Man’s Search for Meaning (1946, psychology) by Viktor E. Frankl; A Constellation of Vital Phenomena (2013, fiction) by Anthony Marra; The Pain Chronicles: Cures, Myths, Mysteries, Prayers, Diaries, Brain Scans, and The Science of Suffering (2010, science) by Melanie Thernstrom; How To Become a Really Good Pain in the Ass: A Critical Thinker’s Guide to Asking the Right Questions (2011, philosophy, logic). Yes, concurrently. Check out my From Me 2 U Book Review page.

6 Responses to Gratitude Sunday: Still Grieving After All These Years